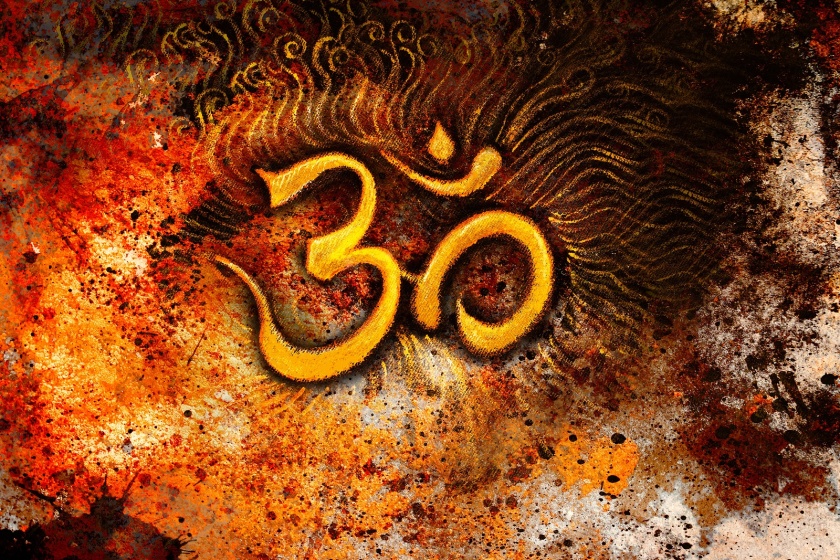 “Om” – The sound of all sounds, the sound of universe, the sound of creation. This is the very first word I was taught by my mother while learning spirituality through chanting of different mantras. On a daily basis before sleeping, she used to teach me one mantra and made me chant all of them one by one and this is how it kept on adding up. As a kid, I didn’t understand why it was important or why would chanting a few mantras going to help me? Was it going to help me to score good marks in school, or was it going to help me get a new doll back then? 🙂

As we grow up, we grow not only physically but also mentally and spiritually. In our society, a person who grows only physically but not mentally is seen as “not normal” because this is something not in sync with the true nature. But, what if a person does not grow spiritually? We usually do not pay much attention to it. What is the need ? We think, “Oh, I have everything I need, a big house to live in, fashionable clothes to wear, delicious food, Ipad, Iphone, and all the money in the world.” But, hey what about the spiritual power that you’re missing within you. We certainly don’t realize that. We are so badly trapped in the worldly pleasures that we only care about the “Outside” well being and never bother what might be happening on the “Inside” of us. Although, nowadays Yoga and meditation have come into so much popularity yet they are mostly followed by those who want to lose those extra pounds 🙂 This is so true, because I happened to do the same. After much popularity I did some research and started off with some meditation stuff, but as soon as I began meditating all the thoughts started flooding into my mind, and made me wonder how to concentrate? That’s the whole point. Don’t think about the outcome of getting the benefits and losing those extra pounds, if you think think think then you just cannot do it. Just chant “Om” that’s all you have to do, and with your eyes closed, just try to find a light somewhere as if you are inside a dark tunnel and suddenly you see light. Believe me, it will happen and make you feel like you’ve never felt before.

What makes chanting “Om” so powerful ?

“Om” is a mantra, or vibration, that is considered to have high spiritual and creative power. It is both a sound, and a symbol rich in meaning and depth and when pronounced correctly it is actually AUM. One of the most popular misconception about it is that it is religious. The ancient Indians arrived to this tone through meditation. It was given to them intuitively, by “opening up to the cosmos”.

Why do we chant it ? As with most of the traditional practices followed in India, this also has a scientific and practical explanation (based on the physics of sound, vibrations, and resonance) with some long term benefit. The frequency of Om is exactly the same as the frequency of Earth’s rotation around its own axis; so in some sense earth is saying “Om”. It is considered to be the sound of the Universe. It is the frequency of energy that connects all things together and it is believed that by chanting it we are physically and spiritually in sync with the various elements of nature and the universe. It also improves our concentration level, which gives peace and steadiness to our mind.

After all “A healthy outside starts from a healthy inside.”